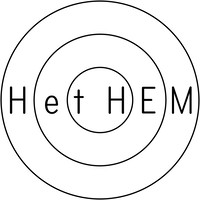 For the past ten weeks, 34 participants of various ages and backgrounds joined the Boxing Clinic, an intensive training programme, developed by seven-time world champion boxing Michele Aboro in the centre of the exhibition space.
Today the participants will battle each other in the ring for a unique tournament
Who will be crowned as Fighter of the Night?
The event is completed by music, rap performances, food and more.

FIGHTS
The participants of the Boxing Clinic will compete against each other in a total of ten fights.
Keep an eye on this event to find out who is fighting whom and when

MUSIC
In between fights, there are various performances in the boxing ring.
Line up to be announced.

FOOD
You can order from from the menu of Café Restaurant Het HEM all day long.